A Word About Bowel Incontinence

Whilst Bladder Health UK, as the name suggests predominantly concentrates on bladder problems, we are aware that many people with urinary incontinence also experience difficulties with their bowels too. With bowel incontinence thought to affect 1 in 10 people in the UK (Click link here).

This can be especially difficult to deal with, and whilst urinary incontinence carries its own stigma, bowel incontinence is in many ways seen as an even more taboo subject. However, although it is less common than urinary incontinence, it is still a relatively common condition that affects many people. But again, the stigma surrounding the condition makes it hard to talk about, even to healthcare professionals. With evidence suggesting that individuals may be even more reluctant to talk about their bowel problems. For example, many individuals with clinically diagnosed urinary incontinence, may still be reluctant to divulge any bowel difficulties.

As with urinary incontinence, there can be many different factors causing the bowel incontinence, including certain medical conditions. These can include basic issues such as problems with mobility, making it harder to be able to reach the toilet in time. Again, poor pelvic floor muscles can also have an impact. In addition, certain conditions such as bowel cancer, inflammatory bowel disease and Crohn's disease, MS, Diabetes, Parkinson’s disease, and other conditions too numerous to list here, can have an impact on the ability to control one’s bowels. Of course, anyone who has ever had a gastric infection (‘upset tummy’) or ‘food poisoning’ knows how hard it can be to ‘hold on’ if you experience a sudden bout of diarrhoea. It is also widely acknowledged that it is often much harder to keep control of your bowels if you have loose or watery stools (‘runny poo’) / diarrhoea. This can be caused by various diseases, diet, infections, and other factors such as stress. The latter can also be a key factor in conditions such as IBS (Irritable Bowel Syndrome), where individuals often experience flare ups during periods of stress. Again, Irritable Bowel Syndrome is another condition that can cause bowel incontinence.

Conversely, constipation can also cause bowel control difficulties either through the consequences of straining that can lead to weakening of the pelvic floor muscles, as well as through faeces flowing around hard stool. With the latter presenting as liquid stool / diarrhoea, but being due to constipation, which can also lead to bowel leakage and soiling.  As mentioned above, many people experience problems with their bladder and bowels, and having constipation is also an acknowledged risk factor for urinary incontinence with hard stool often putting additional pressure on the bladder and thus leading to problems.

Managing the consequences of bowel incontinence can be particularly difficult. With the latter often being regarded as more challenging than urinary incontinence, particularly in terms of odour and the shame and stigma around faecal incontinence. As a result, many people find it difficult to leave the house with confidence, and rates of anxiety / depression amongst individuals with this condition can be high.

However, as with bladder problems, many things can be done to improve the situation for individuals. These include a wide range of approaches, such as management through behavioural change, medication, biofeedback, nerve stimulation, bowel irrigation, and various containment products.

Individuals living with both bladder and bowel problems (‘double incontinence’) often experience additional challenges, such as finding ways/products to manage both conditions, as well as the damage caused by a combination of urine and faeces on the skin. Along with the added stigma of being labelled as ‘doubly incontinent’ and the potential affect this may have on self-esteem.

If you are having difficulties with bowel incontinence, we would strongly urge you to seek medical help in the first instance if you have not already done so. And again, if you believe that your current difficulties are linked to a specific condition, do seek further information from the NHS or the relevant disease-specific charity, to see whether bowel incontinence is a recognised symptom/consequence of that condition. If it is, then they may be able to give you detailed advice about managing the issue from the lived experience perspective.

Bladder and Bowel UK, which is backed by  Disabled Living, also offer advice, and support in this area, and have several useful information leaflets available. Therefore, it is well worth visiting / checking out their website.

Signposting on bowel information to other sites.

How can BHUK help you, if you join us?

An excellent booklet written to provide practical help and advice.

Telephone contact - with a BHUK Phone-Pal and fellow sufferer.

Message Forums- exchange personal experiences of bladder illness with others.

Area Co-ordinator - providing an opportunity to have personal contact with other sufferers. 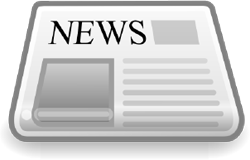 What is Urinary Incontinence

Shared Decision Making - be involved in your care

The impact of Urinary Incontinence

Advice on how to cope with incontinence from a su

Get involved
There are many ways to get involved. Whether you choose to volunteer, donate, sponsor or help with fundraising.
Read more

Fundraising
Could you host a coffee morning, a sponsored walk or something more adventurous. Your help is really appreciated.
Read more

Join now
... and get the full benefit of ongoing support.
Read more